In 2016 Keystone Ecology was called upon to assist with the restoration of part of the Waimakariri river bank. Rock walls were installed to maintain the integrity of the south bank and the surrounding area needed to be planted with native vegetation that would not interfere with the structure or function of the stone walls. These native plants needed to be introduced to the area to compliment the mature willow trees that were already established. 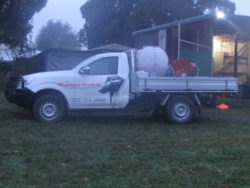 Preferred species for the tallest vegetation at this site include matagouri (Discaria toumatou) and dwarf kowhai (Sophora prostrata). Both of these species were common along the river but are now diminishing. They confer the added advantage of growing into a dense, largely drought tolerant wall of vegetation that will offer some protection to the rock wall structure.

Below: Above: The progress of weed clearing, planting and placing guards around the plants . 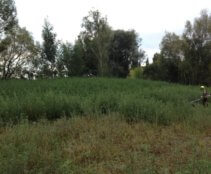 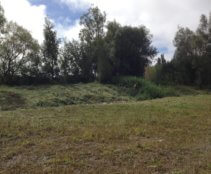 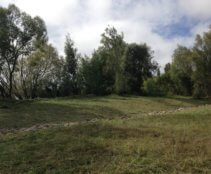 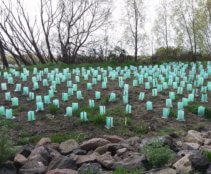