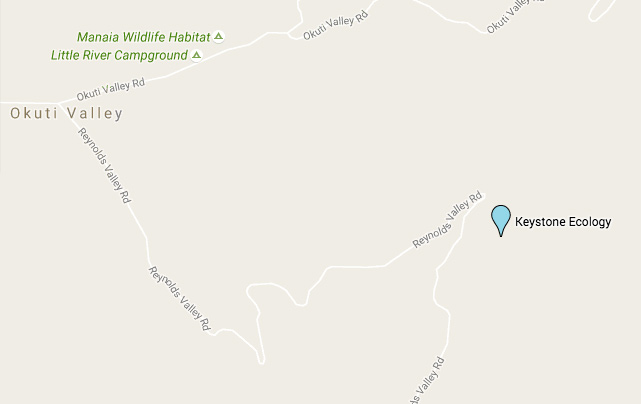 After a fire destroyed hectares of pine plantation, Keystone Ecology was hired to design, plant and maintain what will one day become native forest.

Our aim is to reinstate and support beech forest habitat that will increase biodiversity in the area, and more specifically provide habitat for several bird species once common on Banks Peninsula. These bird species include the South Island robin/kakaruwai (Petroica australis), red-crowned parakeet/pōwhaitere/kākāwaiariki (Cyanoramphus novaezelandiae), morepork/ruru (Ninox novaeseelandiae) and rifleman/titipounamu (Acanthisitta chloris).  Our intention is to support natural regeneration while encouraging the long-term goal of creating a forest rich in native species.

Between June and October 2016 we planted over 19,000 trees and shrubs in 4.6 hectares of land. The planting area contains many different micro-habitats and this allowed us to place each plant in an area that will be optimal for its growth. During the winter of 2017 it is proposed that another 8.9 hectares will be planted. Keystone Ecology will be overseeing the maintenance of this plot for years to come and we are looking forward to seeing the development from seedlings to mature trees.